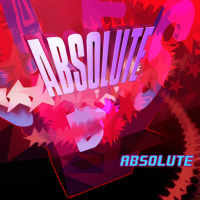 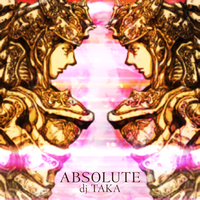 Although somewhat flavored with the unique flavor of the game, the track is inspired by the club scene.
The trance scene seems to be a bit less psychedelic these days, and more future-oriented tracks with brighter vocals and atmospheres are more prominent.
In that sense, the collaboration with GOLI meant a lot to me because he captured the club sound on this track, and I almost cried when I first saw the movie.
Of course, the interesting thing about music is that it feels different for everyone who listens, and I hope everyone can enjoy this track as they feel.

GOLI here.
I'm addicted to dj TAKA's music, so I made a movie for the first time.
Drawing materials, applying effects, and editing. It was fun.
I'm wasn't familiar with it, so I learned a lot of things under the guidance of VJ YUZ, and I managed to get it into shape by using a lot of VJ YUZ techniques.
However, it took me longer than I expected, and I was working on this song while ignoring the system screens (other than the movie, like the SELECT screen and the in-game screen) that I was supposed to be working on.
That's why I had to own up for the lost time at the end of the day...

In my opinion, I quite like all the songs dj TAKA has been making lately, as they all sound like my favorites.
There's something about dj TAKA's music that is both a good game song and something that sticks in your head just by listening to it.
And his skill of using a diverse range of distinctive sounds that ultimately comes together to create the song.
This gives me something new and rewarding to do every time.

Famous trance CDs on the market (I mostly borrow from VJ YUZ) are great and I listen to them a lot, but there is something different about dj TAKA's arrangements and dj TAKA style of music.
Up until now, we've only participated in movies with button-pushing animations, materials, etc.
That was my original plan again, but the phrase "ABSOLUTE" stuck in my mind and I wanted to make a movie from scratch for dj TAKA's song.
So I forced VJ GYO to let me do it.

I was exposed to a new feel.
I would like to try a different movie if I get the chance to do it again.

※ These BEGINNER charts are different from their later console appearances (total notes: 514)