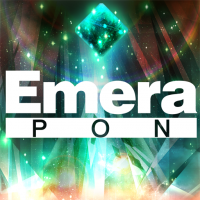 This song was made with a simple and clear concept: "EDM×PON".
U1 asked me, convinced: "I would like you to make an EDM song, but with PON-like content, please!", and it was completed with that conviction, but now I think that it is important for me to express how I remember the order to make EDM for DDR.

Actually, pop music is not made to dance, and it is true that there are many songs that are hard to dance compared to club music.
I mean, stepping it could be weak, or because it is not simply 4-beat, so it is hard to pull.
By using the ingredient called PON and cooking it in EDM style, I feel that it was made into delicious music for DDR.

Although it was a difficult order, I personally do not dislike such a shocking order.
There were many points of concern and trial and error such as the balance of new sounds and the acoustic part, but it was a fresh fun.
I want to demonstrate my skill as a creator! Something like that.
That is why I am pleased if you can feel the new goodness of PON.

Oh yeah, do you know what I mean by the lyrics that I am singing?
This...... Unfortunately I do not know. I wonder, what is it!?
So, this is PON here.