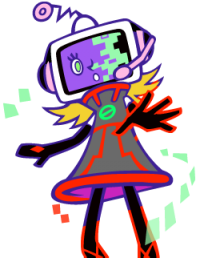 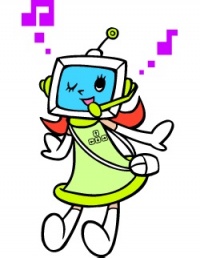 Alt is a computer robot and an idol with a love for singing and doing cute poses. Her start-up sound and catchphrase is "Hello, darling!".

She was upgraded to "Alt 2.0" in pop'n music 19 TUNE STREET. As Alt 2.0, Zizz began to develop a crush on her and would hack into her in pop'n music 20 fantasia. This is evidenced on her animations for DOES NOT COMPUTE.

As a vocals source