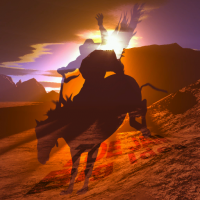 No matter how delicious the title might sound, it really does mean "the dirt between your toes" ... I don't know if that's good, 'coz I've sure never had any. There are lots of BPM changes in the note chart for this song, but since they're all pretty natural, I'm sure you'll be able to full combo the song. Go for it, Let's Jam!!


Yeah. I don't get it either. Putting together these animations was pretty hard.