Not to be confused with Remains. 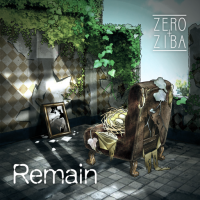 Once upon a time, something lived within many chapters.