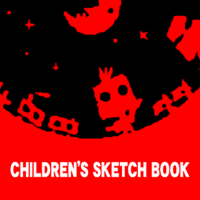 A great song that has finally appeared in pop'n, that masterpiece revival.

Once again, we welcome a new song for Thursday.

This song is better known for its classical roots. The great advantage of this is that it is easy to arrange great sounding melodies, especially for IIDX.

The movie for the song is from the GuitarFreaks series, but has some added elements.

It's been a long time since I've had the chance to enjoy this song, so please play it.

For Sasaki's comments from GF6dm5 and more: [1]

The theme of this piece is the familiar melody of J.S. Bach's "Jesu, Joy of Man's Desiring".
The original piece is in 9/8 time signature, which means that the beats that are grouped in threes are considered to be three beats. But don't you think it is this unique floating melody that makes you forget about such things?
I always get lost in a daze when I listen to this song, and this time I wanted to let you experience that kind of feeling,
So I tried to make it difficult to understand the beat by hiding the "to" in the original "Totararararara..." and also by arranging a drum pattern that switches beats in the middle of the song.
...did you feel dazed yet?

The middle section started out as a full-size fugue, but it was so long that we had to cut about 4/5 of it in tears. But it could always be longer if we wanted to...

Yo, everybody! This song from the AC version of GuitarFreaks that everyone remembers returns!

The drawings in the children's sketchbook will be included in the remade movie for IIDX, so keep an eye for that! Watch out for all the other colors too.

The production is similar to that of the original movie, with a sharper image. Given that this isn't the first remake that we had to do for this, this still came out nice.

I had fun grabbing some of the old material, adding some new color to it, and placing some live-action shots in the film.
I had particular fun with the scene of someone drawing the teacher on the asphalt.
With the scorching sun we had on the day of filming, the chalk drawing of the teacher on the asphalt will surely be noticed by people for a while.
We also struggled with dragonflies during filming (due to the shadow falling on the screen).

I hope that many of you will enjoy both the old and new movies and have fun.